Farnborough was little more than a turning off the old London Road when potter turned farmer William Smith (1790-1858) brought life to the village with his colourful character. Forced by family circumstances to trade his formal education for hard work (after only three days at school), his familyâ€™s memories of Smithâ€™s contribution to the life of Farnborough Street were eventually penned in 1919 by his grandson George Bourne.
Bourneâ€™s book is filled with fascinating details of family life in early Farnborough, village characters, scandal and gossip, unwelcome change, and the coming of the railways. 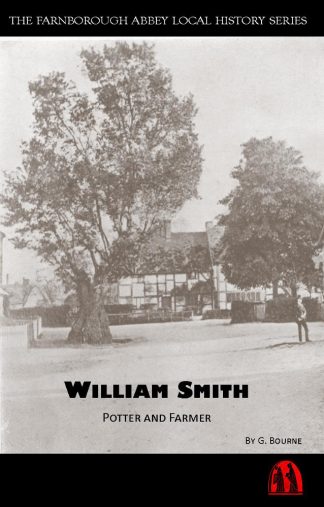 You're viewing: William Smith: Potter and Farmer £15.95 incl. tax
Add to cart
We use cookies on our website to give you the most relevant experience by remembering your preferences and repeat visits. By clicking “Accept All”, you consent to the use of all the cookies. You may also visit "Cookie Settings" to provide a controlled consent.
Cookie SettingsAccept All
Manage consent