The story of the Three Kings is an integral and popular part of the modern celebration of Christmas, but devotion to the Magi, or Wise Men of the East, can be traced back to the beginnings of the Christian church – in Rome to the second century, and in England at least to Saxon times.

The bones of the Three Kings, discovered in the fourth century were first brought to Constantinople, then in 1164 the relics were given to the Archbishop of Cologne and since that time they have been venerated in a shrine behind the high altar of Cologne Cathedral. Hugh Mountney explores this wonderful and fascinating story and the devotion to the Three Kings across the centuries. 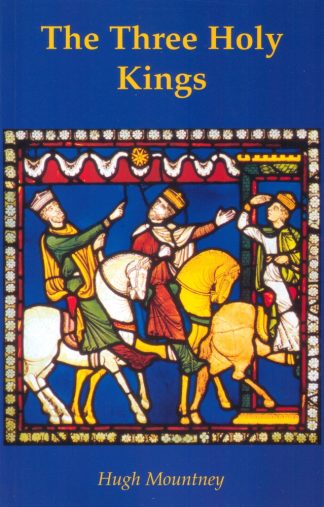 You're viewing: The Three Holy Kings £6.99 incl. tax
Add to cart
We use cookies on our website to give you the most relevant experience by remembering your preferences and repeat visits. By clicking “Accept All”, you consent to the use of all the cookies. You may also visit "Cookie Settings" to provide a controlled consent.
Cookie SettingsAccept All
Manage consent