The Oxford Handbook of Philosophy of Religion

The Oxford Handbook of Philosophy of Religion presents a substantive and in-depth treatment of the most central topics related to the philosophy of religion. As a distinct discipline, the philosophy of religion is an innovation of the last two hundred years, but its central topicsâ€”the existence and nature of the divine, humankind’s relation to it, the nature of religion and its place in human lifeâ€”have been with us since the inception of philosophy. Philosophers have long critically examined the truth of (and rational justification for) religious claims, and have explored such philosophically interesting phenomena as faith, religious experience and the distinctive features of religious discourse. The second half of the twentieth century has been an especially fruitful period, with philosophers using new developments in logic and epistemology to mount both sophisticated defences of, and attacks on, religious claims. Each article is expository, critical, and representative of a distinctive viewpoint. The text is divided into two sections. The first, Problems, covers the most frequently discussed topics, among them arguments for God’s existence, the problem of evil, and religious epistemology. The second, Approaches, contains four articles assessing the advantages and disadvantages of different methods of practicing philosophy of religion. 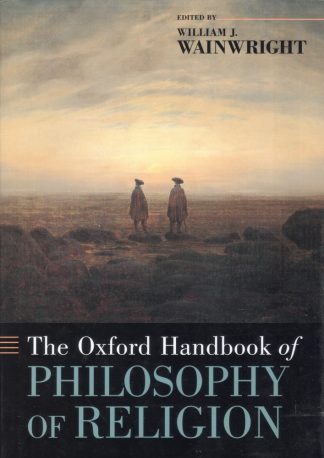 You're viewing: The Oxford Handbook of Philosophy of Religion £45.00 incl. tax
Add to cart
We use cookies on our website to give you the most relevant experience by remembering your preferences and repeat visits. By clicking “Accept All”, you consent to the use of all the cookies. You may also visit "Cookie Settings" to provide a controlled consent.
Cookie SettingsAccept All
Manage consent