“Our Hampshire Cove” is the first book by local amateur historian Arthur Lunn. He was born in Cove and except for wartime service has spent most of his life in the village. His recollections capture the atmosphere of old Cove admirably, and he gives a real feel for the characters and events involved. His shrewd observations add colour to the account. The author discusses why the village of Cove is so named and the origin of Tower Hill. His original research has uncovered some remarkable facts concerning the origins of Cove that have so far eluded others. Was Cove and Tower Hill with its scattered sarsen stones once an important prehistoric centre possibly ranking with Stonehenge? 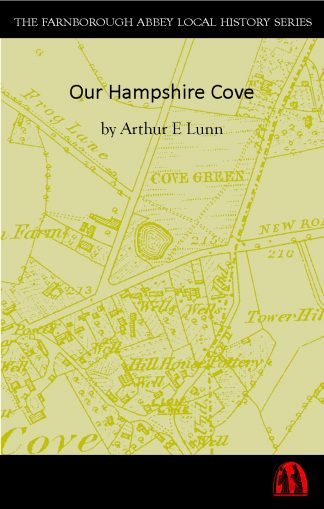 You're viewing: Our Hampshire Cove £15.95 incl. tax
Add to cart
We use cookies on our website to give you the most relevant experience by remembering your preferences and repeat visits. By clicking “Accept All”, you consent to the use of all the cookies. You may also visit "Cookie Settings" to provide a controlled consent.
Cookie SettingsAccept All
Manage consent