In this first major biography of Cardinal Arthur Hinsley, James Hagerty traces the life and ministry of one of the most popular English churchmen of the twentieth century. Born into a working-class family in Yorkshire, Hinsley was ordained for the Diocese of Leeds in 1893 and proceeded to hold important posts in Rome, where he restored the fortunes of the Venerable English College, and Africa, where he successfully promoted Catholic education and missionary activity. To his surprise, he was appointed Archbishop of Westminster in 1935 and had to deal with governments not always sympathetic to the Catholic community’s demand for equality. He had also to address social and economic issues which affected his Church, and lead an episcopal bench which included experienced bishops who were intensely jealous of their diocesan jurisdictions. His time at Westminster coincided with a turbulent period in European and global politics. Though a supporter of Franco’s Spain, he ferociously condemned Nazism and Fascism during the Second World War and castigated those Italian cardinals who favoured Mussolini. Perhaps his most surprising initiative was support for the ecumenical Sword of the Spirit movement, an attempt to reach out to other Christian denominations in a crusade to restore Christian ideals in public life. 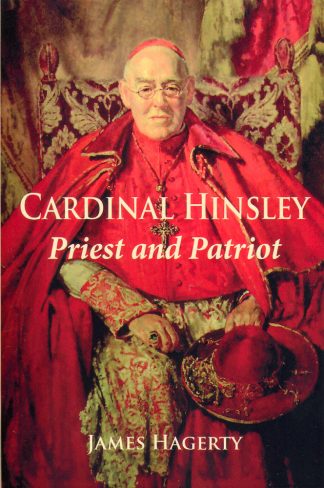 You're viewing: Cardinal Hinsley: Priest and Patriot £20.00 incl. tax
Add to cart
We use cookies on our website to give you the most relevant experience by remembering your preferences and repeat visits. By clicking “Accept All”, you consent to the use of all the cookies. You may also visit "Cookie Settings" to provide a controlled consent.
Cookie SettingsAccept All
Manage consent